One of Best 7 Articles Ever Written in English

Maine's very own Maine's Lobster Festival was the focus of one of the "Seven Best" all time magazine articles, which was written in 2004 in Gourmet Magazine called Consider the Lobster.

Okay, one could obviously quarrel with the choices, but the links alone make this post 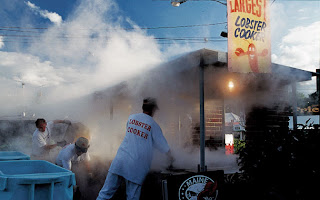 worthy of a look. A former editor of Wired magazine went looking for the best that journalism has to offer, and cataloged the results according to decade, as well as the number of times a correspondent suggested it.

Posted by Patti Irish at 1:52 PM No comments: